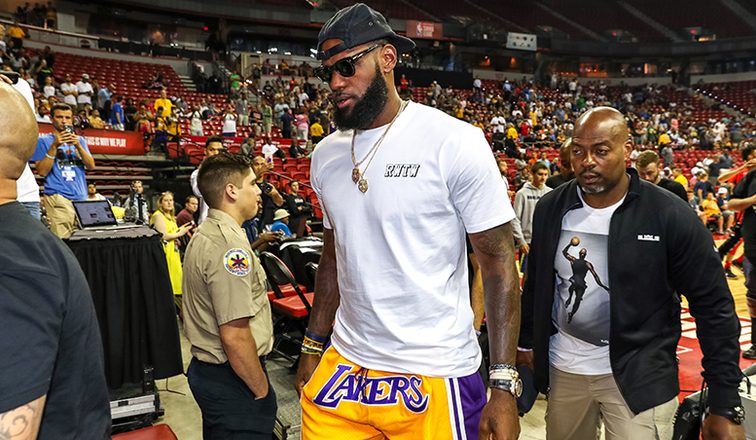 LeBron James is having the summer of his life!

The Los Angeles Lakers forward signed with the purple and gold in the offseason, he announced his new “I Promise” school in his native Akron, Ohio and he produced a new Barbershop docu-series on HBO.

Add this title to his resume: Fashion Icon

The honor is tied to Harlem’s Fashion Row, with Nike showcashing their Spring/Summer 2019 designer showcase and awards ceremony, simply themed “The Strongest.”

As per a release:

The event will be a night of runway presentations by fashion designers Kimberly Goldson, Undra Celeste NY and Fe Noel. Following the fashion show will be an awards dinner honoring LeBron James, acclaimed stylist Jason Rembert, model and fashion activist Bethann Hardison and legendary tailor Dapper Dan. The night is set to conclude with a surprise announcement from Nike and HFR.

James’ off-court style has always been clean, dating back to his days as a high school student at Akron’s St. Vincent St. Mary’s High School.

Over the years, his ecclectic style has included oversized throwback jerseys and sweatpants worn during his first stint with the Cleveland Cavaliers, all the way down to the ever popular, European cut suits completed with a form-fitting turtleneck sometimes seen worn during James’ Big-3 Miami Heat playing days.

During his second stint with the Cleveland Cavaliers, “The King” donned form fitting sweat suits, an array of sweaters, funky socks and skinny legged jeans.

During this year’s NBA Finals, James rocked a suit with shorts instead of typical long pants.