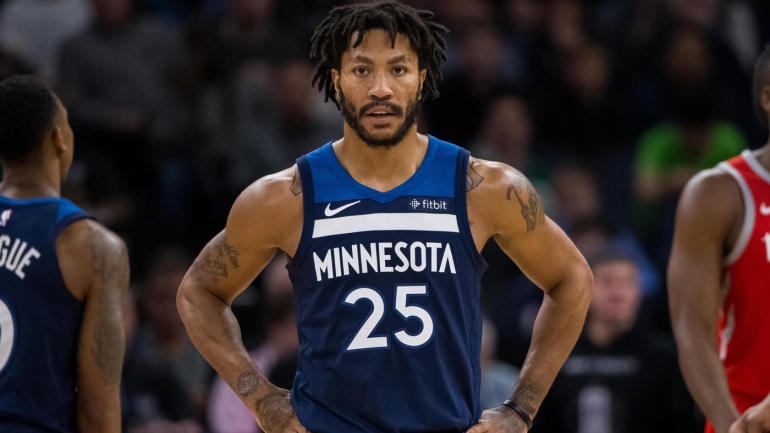 Derrick Rose has found his fit with the Minnesota Timberwolves.

The youngest player to win the NBA’s MVP award back in 2011, Rose was part of a few Bulls playoff runs and the South side Chicago native was the king of his castle.

Rose, 29, showed flashes of athleticism over the last couple of seasons in stints with the New York Knicks, Cleveland Cavaliers and especially later with the Minnesota Timberwolves, but he lacked consistency in play and in minutes.

This year is a different story, so far and Rose’s resurgence doesn’t surprise Chicago Bulls forward Jabari Parker. “When you’re somebody, you just don’t lose it,” Parker told me via Scoop B Radio.

The second overall pick in the 2014 NBA Draft, Paker, a Chicago south-side native, just like Rose also attended Simeon Career Academy, just like D-Rose. “He was a big inspiration,” he told me.

“Because he was doing it, like, the first person I saw, like, so young, doing it at a young age. Like he was dunking in, like 7th Grade, so from off the bat he was already having fans from that moment, and he was one of the reasons why I went to Simeon.”

Jabari Parker is not the only NBA’er who has marveled at Rose’s progression.

“I’m happy to see him playing. I hope he has a healthy year, and that’s with all of this.  If he stays healthy, you know what you’re going to get from D-Rose.”

“His athleticism is still there,” Crawford told me on the Scoop B Radio Podcast.

“He’s still as fast as any guard out there. He would have some practices where he’d just dominate and get to the lane at will, hit shots, hit mid-range shots and floaters, all the reasons people love him. And he can do all those things. He would just run back so nonchalant, like I could do this whenever I want. He didn’t say that, but his play was so easy for him, so I think that’s something he’s going to show more this year and people will be pleasantly surprised.”

Kevin Garnett is rocking with D-Rose too! “I would definitely say he’s one of the top guards,” KG told me last month.

In the Timberwolves’ five-game NBA Playoffs run last season, Rose shot 50.9% from the field and 70% from downtown off the bench.

Million Dollar Question: Would you start D-Rose this season? “Yeah, I would,” said Garnett, now an NBA analyst on TNT.

“As you get older, the games pile up, the schedule is what it is,” he said.

“It’s very hard to stay chasing these guys. You’ve got Russell [Westbrook], the West is full of guards.”

“Everyone thinks they’re athletic, but the longevity, the consistency, and being able to stay healthy is what I worry about most and nothing else.”

Jabari Parker see’s KG’s point of view. “I’m starting to, like, come to fruition, that he really hasn’t lost a lot,” he said.

“He’s just given another opportunity, and he even did well in New York, people forgot about that and that wasn’t that long ago, but, you know, real big fan of Derrick.”

When asked where he places Derrick Rose amongst point guards in the NBA, Jabari Parker thinks D-Rose is up there.  “Yeah, he’s in the top. I don’t really, like, give a category, I just look at them all as one. If you’re in that top point guard list, it can be fifty if it has to, he’s part of it.”

Jabari Parker has had injuries himself during his career. He said Derrick Rose inspired him: “I just want people to dig in and to really realize how tough that is,” he told me.

“Not a lot of people look at a story and appreciate that, from the back. When you don’t quit, and you continue on, that’s success in itself, and there’s a lot of people that can use those intangibles for everyday usage, because you don’t have an easy life.”

“Everybody’s dealing with something and he’s a person that’s pretty much never quitting.”