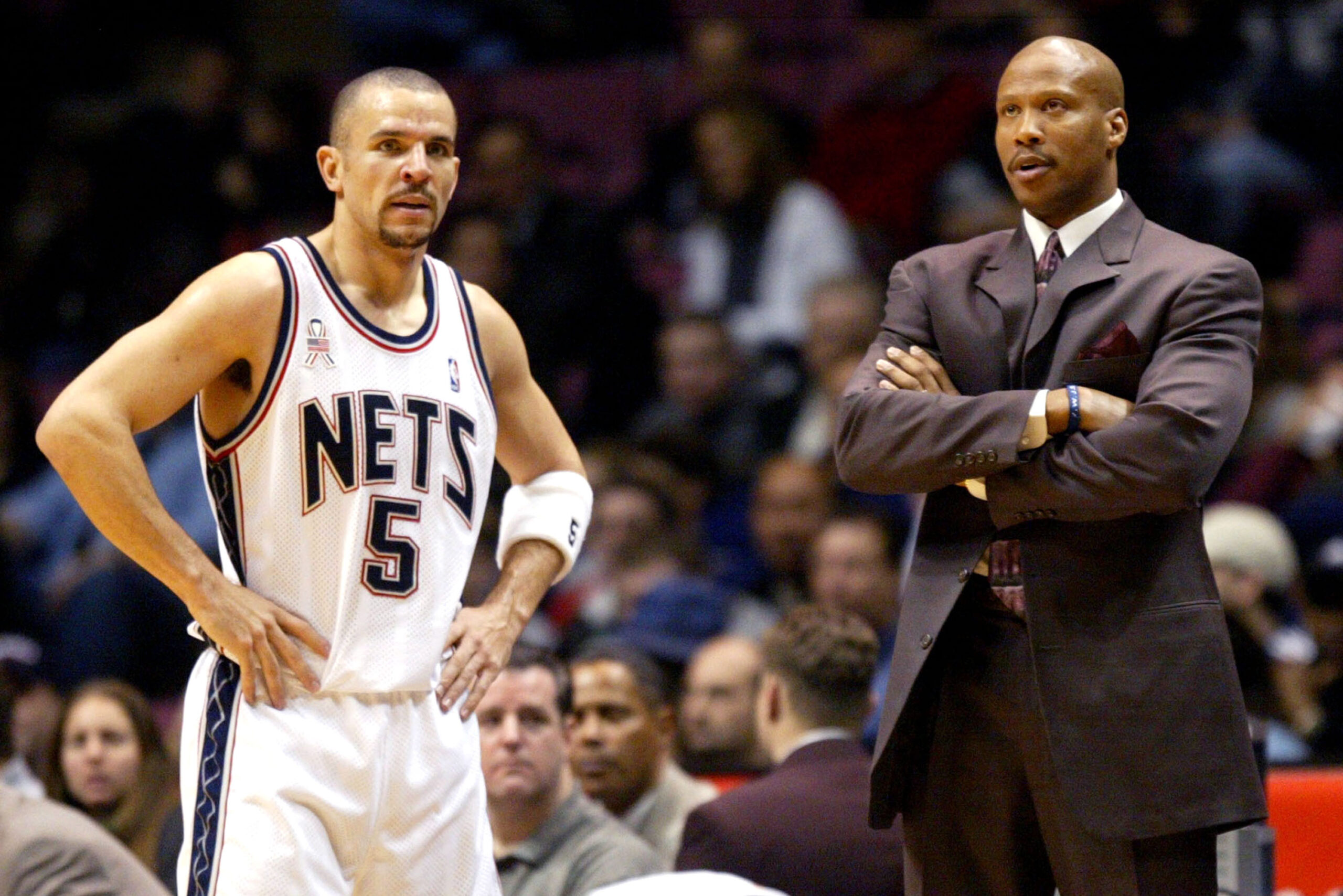 Byron Scott checked in with Brandon ‘Scoop B’ Robinson on the Scoop B Radio Podcast. Press Play Below To Listen! http://www.scoopbradio.com/?powerpress_embed=2859-podcast&powerpress_player=mediaelement-audio

Jason Kidd will be inducted into the 2018 Naismith Basketball Hall of Fame, tonight in Springfield, Massachussetts.

A ten-time NBA All Star and triple double assassin, Kidd won an NBA championship toward the end of his career as a member of the Dallas Mavericks, was named co-Rookie of the Year in ‘95 with fellow Hall of Fame inductee Grant Hill and in between wearing very stylish Nike sneakers with air bubbles on them and experimenting with blonde hair, J-Kidd’s time as the floor general of the New Jersey Nets was memorable.

Whether Kidd assisted on a half court, fast break, bowling ball pass to Lucious Harris, or whether he alley-ooped to Kenyon Martin for a rim-rocking “man’s jam,” J-Kidd made the swamps of East Rutherford, NJ’s Continental Airlines Arena, a stone’s throw away from Manhattan via exit 16W on the New Jersey Turnpike, a fun place to watch a basketball game.

The Nets and their Pete Carril-inspired Princeton offense made two trips to the NBA Finals. https://www.youtube.com/embed/X9WZoTYdsQE

The Nets’ first was in 2002 against the dominant force of Kobe Bryant and Shaquille O’Neal’s Los Angeles Lakers. The second? In 2003 against the now retired San Antonio Spurs trio of Tony Parker, Manu Ginobili and Tim Duncan.

The Nets won neither Finals series.

After a 22–20 start to the 2003-04 NBA season, Byron Scott was fired as head coach and replaced by Lawrence Frank. Many have said that Kidd and Frank conspired to fire Scott and hire Frank. Others have said that Scott was not prepared to coach that team.

Nevertheless, it’s been years since that ended.

“Not really,” Byron Scott told me on today’s episode of the Scoop B Radio Podcast, while promoting his  5-on-5, full court, pro summer basketball league called the Primetime Basketball League.

“In this day and age,  you don’t get to see guys that often. One of my favorite players is Chris Paul, I don’t get a chance to see him that often. We talked to each other the other day on Facebook. But other than that, I haven’t really seen him in the last two or three years.”

Jason Kidd later became a head coach in the NBA. After a one year stint, coaching the now-Brooklyn Nets, he spent a few seasons as head coach of the Milwaukee Bucks. Scott and Kidd actually coached against each other in a game in 2015.

As per Nets Daily:

Scott did not mince words in an interview with the Orange County Register.  Before Bucks–Lakers game Wednesday –a game which the Bucks won, Scott was asked about his experience coaching Kidd. The reporter, Bill Oram, called Kidd  a “unique personality.”

According to Oram, Scott thought there was a better way to describe the future Hall of Famer: “He was kind of known as an [a–hole],” he told Oram.

He went on. Asked to describe their relationship, Scott called it “cordial. And that’s about as good as it’s going to get, too. I respect him as a basketball player and now as a coach but other than that, we’re not going to be swapping spit and having dinner and playing golf and all that stuff together.”

Three years later, Scott now says he’d welcome the opportunity to extend the olive branch to his former point guard. “I would hope that somewhere down the line, if we do run into each other, I know myself, and I’ve definitely forgotten about it, it’s water under the bridge,” Byron Scott told me on Scoop B Radio.

“If I do see him, I would just want to congratulate him on his career and everything he’s been able to accomplish. Hopefully, we can go from there.”

Scott also says that he’s proud of Jason Kidd’s induction to the Naismith Hall of Fame. “I’m happy for him,” he said.

“He put in all the work. Jason was a great player, unbelievable competitor, when there was a big shot to be made, as much as people would talk about how he wasn’t a great shooter; but he made big shots when the game was on the line.”

“He had a lot to do with my career being successful as a coach in New Jersey, so yeah I’m extremely happy for him.”