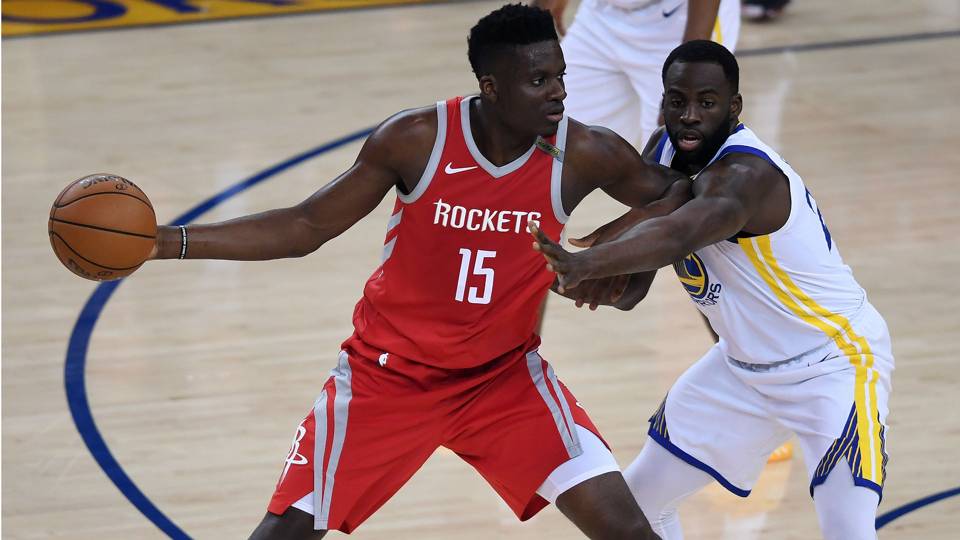 CLINT CAPELA IS NOT A MAX PLAYER & GETS A LOT OF POINTS “BECAUSE OF JAMES HARDEN,” SAYS ROBERT HORRY

One of the last notable names in this summer’s NBA free agency frenzy, Capela, 24, was a key cog in last season’s Rockets team. He averaged 13.9 points, 10.8 rebounds and 1.9 blocks per game, while shooting a league-best 65.2 percent from the field.

Knowing his worth came with some complications this summer.

Capela sought a contract extension comparable to the Utah Jazz’s Rudy Gobert who got a four year, $102 million extension in 2016 and the Oklahoma City Thunder’s Steven Adams who received four years, $100 million in 2016, as well.

Is he worth that?

Robert Horry & Brandon ‘Scoop B’ Robinson chat on Scoop B Radio. Press Play Below To Listen!https://www.youtube.com/embed/6C4IHhFJSLM

“What I mean by that is he gets a lot of points because of James Harden. I had the pleasure of playing with Jason Kidd for one game and I got a lot of points because of him. The thing is, if you go to another team do you have that type of player that can make you better like that? I think about all the bigs I played with Dream and Shaq I got more dunks because I would kick it and slash and then you go to somebody else like Fabricio [Oberto] and you throw it to him and your man is not going to leave you.”

For those keeping score at home, Fabricio Oberto played in the NBA from 2005-2010  playing for the Washington Wizards, Portland Trail Blazers and the San Antonio Spurs and averaging 7.7 points per game.

Oberto won a championship with Horry as a member of the Spurs in 2007.

As for Clint Capela, he was in the running for the NBA’s Most Improved Player of the Year award, this past season. The Swiss-born, Capela, became the youngest Rocket since Horry’s teammate, Hakeem Olajuwon to have at least 23 points and 25 rebounds in a game.

“Just because you did this and that does that make you an elite player,” said Horry.

“Everybody says he wants to get max money and to me he is not a max player because he is just a player who got a lot of dunks off a really good player who drew a big crowd.”