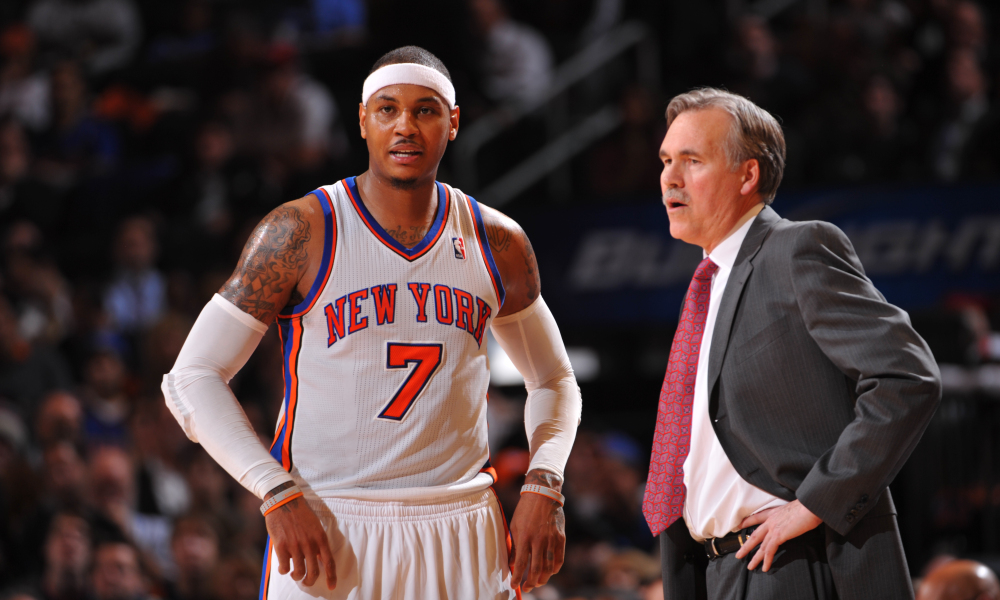 Carmelo Anthony was recently traded to the Atlanta Hawks after spending last season with the Oklahoma City Thunder.

Anthony, a ten-time NBA All Star, holds career career averages of 24 points and 6.5 rebounds per game and once played under current Houston Rockets coach, Mike D’Antoni when they were both employed as player and coach, respectfully under the New York Knicks.

“Carmelo’s forte isn’t defense and him and D’Antoni don’t have the best rapport,” former Houston Rocket and seven time NBA Champion, Robert Horry told me on today’s episode of the Scoop B Radio Podcast.

Robert Horry & Brandon ‘Scoop B’ Robinson chat on Scoop B Radio. Press Play Below To Listen!https://www.youtube.com/embed/sHLvhl_bCuI

D’Antoni and Anthony didn’t always see eye to eye in NYC, but league sources indicate that the two have since worked out their differences and don’t mind giving it another try.

Houston would be a great place for redemption, however.

A Rockets team that went 65-17 last season and made a trip to the NBA’s Western Conference Finals. This offseason, the Rockets signed Clint Capela to an extension, re-signed Chris Paul and lost their key defensive cog in Trevor Ariza, who signed a one-year $15 million deal with the Phoenix Suns.

“I see the way they play and I don’t think they gave [Trevor] Ariza enough credit for what he did for that team,” said Horry.

“He played good defense on guys they didn’t want to play defense on like Kevin Durant and now you bring in Carmelo.”

At 34-years-old, many have questioned Anthony’s durability and productivity going into the 2018-19 season. After all, last season, the three-time U.S. Olympic gold medalist averaged 16 points and 5 rebounds with the Thunder; career lows.

Horry also thinks the whole defensive thing shouldn’t really be an issue for the  Rockets and Anthony next season, anyway.“This is a team that doesn’t want to play defense,” he said.

“So it doesn’t really matter; they just want to run and gun.”

With Luc Mbah a Moute and Ariza both gone and Anthony coming in, that direction is near. “I think D’Antoni is smart and he’ll figure it out,” he said.

“They’ll get back to the Western Conference Finals.”

PrevPreviousCLINT CAPELA IS NOT A MAX PLAYER & GETS A LOT OF POINTS “BECAUSE OF JAMES HARDEN,” SAYS ROBERT HORRY
NextROBERT HORRY: “I DON’T THINK THEY GAVE ARIZA ENOUGH CREDIT”Next