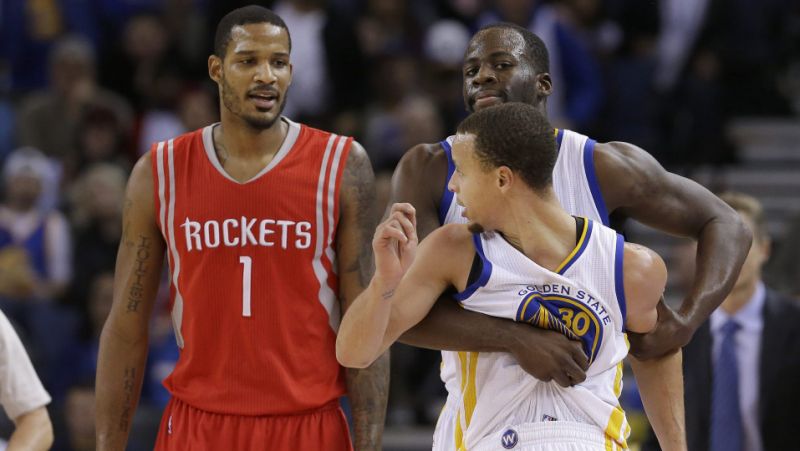 Trevor Ariza was a defensive juggernaut for the Houston Rockets this season.

And guess what? He got paid! This summer, he signed a one-year, $15 million deal with the Phoenix Suns.

He goes from a 65-17 Houston Rockets team that went to the Western Conference Finals this past season to a 21-61 Phoenix Suns team that got the number 1 pick in last month’s NBA Draft.

Ariza’s move got the co-sign from one former Houston Rocket: Robert Horry.

“You know it’s crazy, I live in Houston and I watch the Rockets play a lot,” Horry, a seven-time NBA Champion told me on today’s episode of the Scoop B Radio Podcast.

“I see the way they play and I don’t think they gave [Trevor] Ariza enough credit for what he did for that team.”

Robert Horry & Brandon ‘Scoop B’ Robinson chat on Scoop B Radio. Press Play Below To Listen!https://www.youtube.com/embed/sHLvhl_bCuI

The Rockets boasted the best record in the NBA last season behind the play of the NBA’s reigning MVP, James Harden.

At 32 years old and with 14 seasons under his belt, Ariza got a big pay day.

Meanwhile back at the ranch, Horry also thinks that the whole defense thing shouldn’t really be an issue for the Houston Rockets next season, anyway.“This is a team that doesn’t want to play defense,” he said.

“So it doesn’t really matter; they just want to run and gun.”

Horry also has a pre-pre-season prediction for the Rockets. “I think D’Antoni is smart and he’ll figure it out,” he said.

“They’ll get back to the Western Conference Finals.”