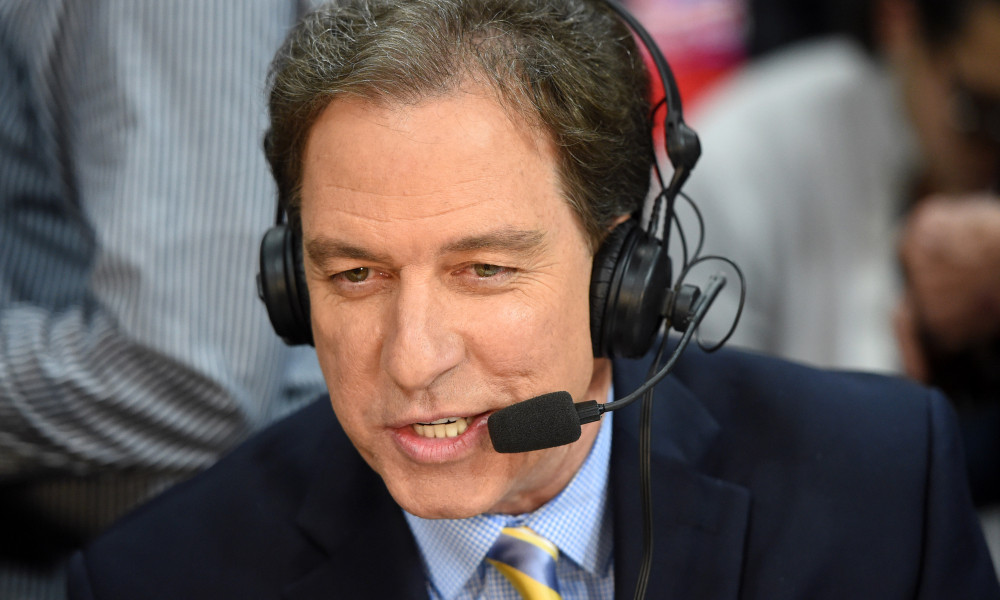 Kevin Harlan checks in with Brandon ‘Scoop B’ Robinson & the Scoop B Radio Podcast. Press Play Below To Listen!http://www.scoopbradio.com/?powerpress_embed=2763-podcast&powerpress_player=mediaelement-audio

Toronto Raptors big man,  Jonas Valanciunas probably has one of the most difficult last names to pronounce in the world!

FYI it could be worse: you might have the arduous task of saying the name of Milwaukee Bucks star, Giannis Antetokounmpo

In the case of Jonas Valanciunas, if you’re keeping score at home, his last name is phonetically pronounced: “VALANCE-YOON-IZ”

Imagine being a sports broadcaster and having to pronounce his last name.

Well, sports broadcaster Kevin Harlan had that task. Harlan, a broadcaster of practically every professional and college sport or television and radio is also the voice of the top sports video game, NBA 2K.

According to Harlan, Valanciunas, the Raptors’ fifth overall pick in the 2011 NBA Draft was pronouncing his name differently earlier in his career and later did something completely different. “What happens is these kids say their names into a microphone and I listen to it and then I’ll go on and record a segment of them playing, my recollection is he did not say it ‘valance-yoon-iz,’” Kevin Harlan told me on Scoop B Radio.

Kevin Harlan spoke with me on Scoop B Radio about the mixup. Press Play Below!https://www.youtube.com/embed/3r5Rx_slSzE

Kevin Harlan says he learned of the error on the gaming side after watching his son play the game and hearing the error.

“I made a mental note of that one,” he joked.

“I heard it when my son was playing the old version and I said: ‘Oh I can’t hear that!’”

That’s where he became a perfectionist.

“We came back we recorded,” he said. “Everything Valanciunas that I had ever recorded, I said I wanna do every one of them over again.”

Jonas Valanciunas has career averages of 11 points and 8 rebounds. Harlan says he believes that with the Toronto Raptors gaining prominence in the NBA postseason, JV made a switch to a more sophisticated pronunciation and the veteran broadcaster followed suit! “It’s not fair to the kid,” he said.

“Granted, he changed his name, which we can’t help so we went back and changed everything with Valanciunas.”