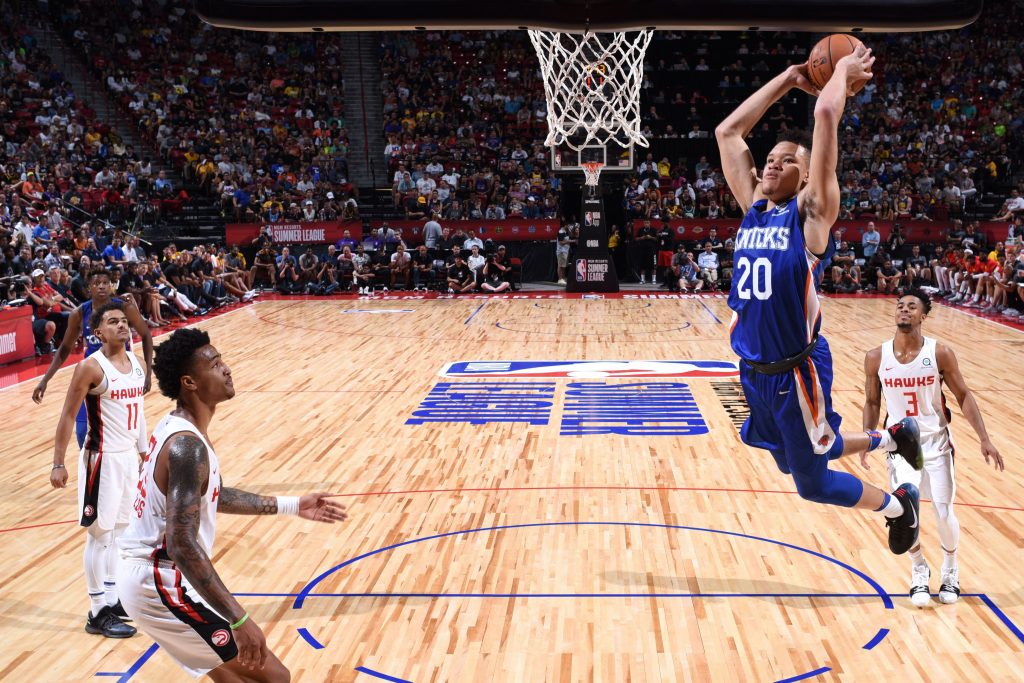 JOHN STARKS ON KEVIN KNOX: “PLAYING FOR CALIPARI, YOU HAVE TO BE A TOUGH KID”

Kevin Knox is already one of the most talked about rookies in the NBA Summer League.

The Kentucky forward led his Knicks team to a 91-89 victory against the Atlanta Hawks behind and 22-point, eight-rebound stat line and a dunk that was all over everyone’s Instagram timelines and SportsCenter top ten plays!https://www.youtube.com/embed/m4aVQfFBxJE

Former Knick, John Starks is a fan of Knox. “I like him, I really do,” John Starks told me on Scoop B Radio.

“I think he has has a great upside to him.”

Riddle me this: Starks has one or two degrees of separation from Knox.

Ward, a Heisman Trophy winner that year, chose hoops over football and became teammates with Starks a year later.

Knox’s dad was drafted by the Arizona Cardinals in the NFL Draft. “He’s an athlete, so he comes from an athletic family,” said Starks.

“Watching him a little bit in college; I didn’t get a chance to watch him a lot. I like what I saw in those times he was in college. So, he seems like he’s a tough kid. Playing for Calipari, you have to be a tough kid.”

Knox was a deadly three-point shooter in his lone season as a Kentucky Wildcat. He was named the SEC Conference 2018 Freshman of the Year. The forward out of Kentucky averaged 15.6 points per game. He loves being a Knick and loves his new coach, David Fizdale.

“‘Fiz is a player’s coach,” Kevin Knox told me.