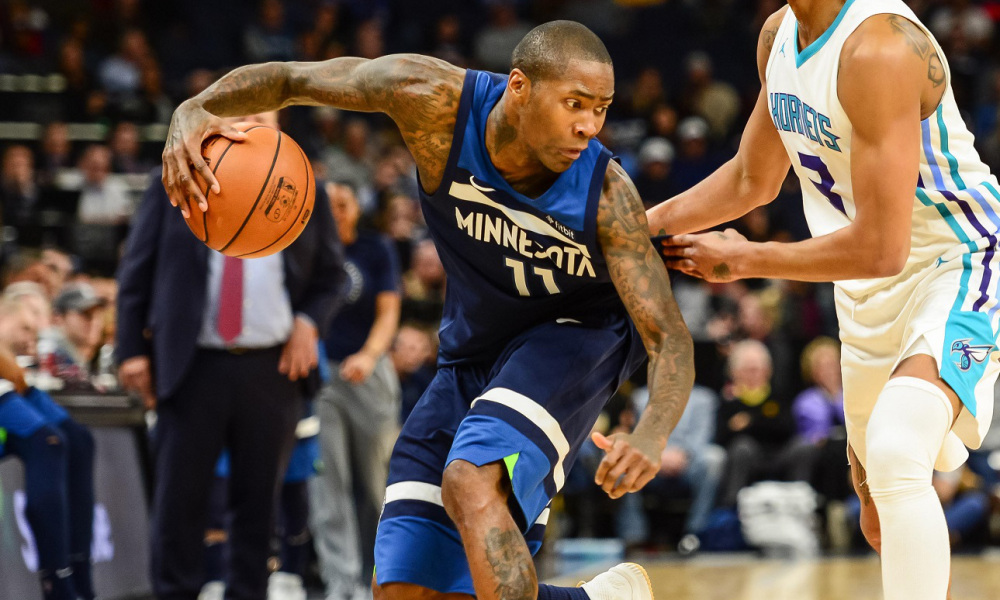 JAMAL CRAWFORD “WOULD BE HONORED TO PLAY” FOR THE PHILADELPHIA 76ERS

Jamal Crawford checks in with Brandon ‘Scoop B’ Robinson on Scoop B Radio. Press Play Below To Listen!
http://www.scoopbradio.com/?powerpress_embed=2814-podcast&powerpress_player=mediaelement-audio

NBA free agent, Jamal Crawford is now on the Philadelphia 76ers’ radar and the NBA free agent would not mind suiting up for them.

“I would be honored to play there,” Jamal Crawford told me today on Scoop B Radio.

“But things obviously have to take its course and I kind of got to sit back, but who wouldn’t want to play there?

League sources told Scoop B Radio  earlier this week that the 76ers have grown more interested in Crawford’s services after Sixers rookie, Zhaire Smith suffered a Jones fracture at a developmental camp in Las Vegas.https://platform.twitter.com/embed/Tweet.html?dnt=false&embedId=twitter-widget-1&features=eyJ0ZndfZXhwZXJpbWVudHNfY29va2llX2V4cGlyYXRpb24iOnsiYnVja2V0IjoxMjA5NjAwLCJ2ZXJzaW9uIjpudWxsfSwidGZ3X2hvcml6b25fdHdlZXRfZW1iZWRfOTU1NSI6eyJidWNrZXQiOiJodGUiLCJ2ZXJzaW9uIjpudWxsfX0%3D&frame=false&hideCard=false&hideThread=false&id=1027030537561616385&lang=en&origin=http%3A%2F%2Fscoopb.com%2Fjamal-crawford%2F&sessionId=3e334c0812b3385bcecbf4ae2a23b8b02fd7f27f&theme=light&widgetsVersion=82e1070%3A1619632193066&width=550px

Crawford, a 19-year NBA vet opted out of the second year of his two-year contract with the Minnesota Timberwolves, which he signed last summer.

At 38 years old, Crawford not only provides strong veteran leadership for a young Sixers team, he can score. “I think with that skillset, it would fit really good with what they’re doing.”

“From a leadership standpoint, having that vet who’s been through those wars and challenges, somebody who can get a shot when the play breaks down, especially in the playoffs.  And where Philadelphia is going to get judged, ultimately, is their playoff success. They’re becoming one of those teams.”

He raved about Ben Simmons: “You can tell, watching him play, he doesn’t play with an agenda,” he said.

“You know, a lot of young guys try to establish themselves first. It looks like he’s just trying to win, whatever that is.  He may get you 25 points, he may get you 10 assists, he may even get 18 rebounds. It’s just about winning that particular game.  I love how he plays the game. He’s very cerebral, always looking for his teammates and looking for the advantage down court, so that’s what I love about him.”

He says that he and JJ Redick’s shooting touch could rub off on him:

“It really does. Whatever field you’re in.  If you’re around better actors, you’re going to become a better actor.  If you’re around better shooters, you become a better shooter. But, Ben is so great, he’s going to be so great, that his game will ultimately be judged how he can affect teammates and I think that, with everything else, will develop.  He’s a hard worker, and I know that about him for a while, just being a fan of basketball.”

He says also likes Markelle Fultz  “We played together all summer when he was at the University of Washington,” said Crawford.

“I was so happy for him personally, because so many people were throwing jabs at him, with being injured and the shot and all that, but I have no doubt he’s going to be a star one day.  His talent is god-given, and obviously he’s developed that talent, but he loves the game of basketball. He wants to be better, he wants to be great, and he’s putting the work in, so I’m just happy for his success.  And not just this year, but going long-term, he’s a brother of mine and I’d be there for him every step of the way.”

According to The Ringer, Crawford is  ranked third in the top six remaining free agents in the NBA and should still be good to average double-digit points — he hasn’t averaged fewer than 10 since his sophomore season, in 2001–02 .