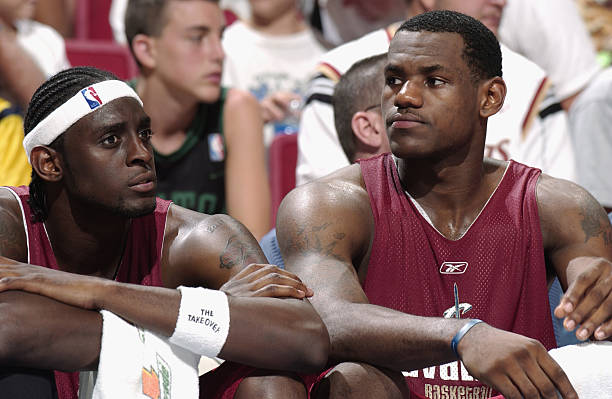 Darius Miles has been trending on the internet because of his article  in the Players Tribune. Miles told some stories about Alonzo Mourning, Shaquille O’Neal and Quentin Richardson.

But guess what? D-Miles told some more. Miles played with LeBron James, Carlos Boozer and Ricky Davis and the Cleveland Cavaliers about 15 years ago. We discussed those years and posing on SLAM Magazine’s cover as a member of the Los Angeles Clippers.

Check out our Q&A via Darius Miles and myself via Scoop B Radio below:

Brandon ‘Scoop B’ Robinson:  When I was in college, my freshman year of college was 2003, and so that was LeBron’s rookie year.  That was also when NBA Live 04, it was just a good year, and I remember hearing stories about how you would be sitting in the locker room with LeBron drinking Capri Suns and just enjoying life.  What were those early Cavs years like?

Darius Miles:  It was great, man.  LeBron was amazing. I was there the year before, and I got a chance to see his senior year, and I’d never seen anybody who had an impact like how I had an impact until I saw him.  I feel like there were levels; KG had an impact, all these people had an impact, and then I came out of nowhere and had a big impact. That’s how I broke history– the generation was coming right behind me and just to see LeBron and his maturity, the people he has around him, his family, his friends, the way [he] carried [himself] man, it was a blessing to play with him.  I think him playing with us– with me and Ricky and them– they didn’t know what to do. I don’t think they would’ve known what to do. I think Paul Silas– I love him as a man, I love him as a coach, I love his son and his family– he was just a little old school for what we had. You know, we had LeBron who was 18, I was 20-21, Ricky Davis was in his early twenties, you had Carlos Boozer who just came from Duke, you had Dajuan Wagner DeSagana Diop.  We were a young team but with an old-school-type play. We had somebody that wanted to run and a coach that wanted to run and do some stuff that probably would’ve been a problem, because I played point guard that year. I hated it. I didn’t hate it– I wanted LeBron to play point guard because I felt LeBron was more of a facilitator, I’m more of a slasher-type. I’ve got to go do what I do, and I feel LeBron knows how to slow it down, get people involved, and do all that and I don’t think that was my game.

Brandon ‘Scoop B’ Robinson:  I could her to you talk about the Cavs in that first year all day.  What’s that locker room like–

Darius Miles:  It was fine, it was cool and we were good.  I was only there– with LeBron– I was only there until January.  I got traded in January, because it wasn’t working. It was the first time in my career that a coach sat me down and didn’t play me.  Paul Silas didn’t play me for like, 3-4 games. They brought me back and played me and it just– the hype from LeBron was so much that there wasn’t a manual for how to structure this all right and get us all together.  We had a young squad, a talented young squad at that.

Brandon ‘Scoop B’ Robinson:  That playbook– I remember playing on Live, that’s different than real life– but I just remember looking at that playbook and it was a lot of flex offense.

Darius Miles:  I hated it.  A lot of Utah stuff, where the bigs don’t even start off on the box, they start off at the free throw line.  You’ve got to pass it to the wing like how Stockton did to Malone, they would pass to the wing, cut off the big man and…we’re going to run 1-4 in a box, so he’d throw it to the wing, cut off the big man on the side of the free throw line, and then he’s going to be on the box and he’ll get the 5 or the 4 from the free throw line, and they come out and post up.  So, we didn’t have plays where you could just come down and throw it in the post. We had to go through all this to get him in the post, and I felt like that was real– a veteran team needs that type of thing and that’s what Paul Silas brought. We weren’t really running…but it was cool. Like I said, I like Paul Silas as a person, I just didn’t think that his strategy was the best strategy for the team.

Brandon ‘Scoop B’ Robinson:  When I look at Carlos Boozer and I look at LeBron, I’m mad, because I feel like you’ve got a power forward that can put up Malone or, at the very least, Elton Brand-type of numbers.  I mean, what was it like with them two in practice?

Darius Miles:  I like Booze, I used to tell Booze all the time, ’10 points 10 rebounds will get you a hundred million dollars,’ you know what I’m saying?  Because he went second round, and he didn’t have a lot to go off of. They sign him for the year with nothing guaranteed– that’s why he broke the bank and everybody was kind of mad at him.  He did his job: 10 points, 10 rebounds and settled for it. We used to go through Zydrunas. Our starting lineup was me, Ricky, LeBron, Boozer, and Zydrunas. But Zydrunas was kind of on the end– he still was solid, but he shouldn’t have been our first option.  Shit, you’ve got a 21-year-old out there, you’ve got an 18-year-old out there. Ricky Davis was probably, like, 24-25 at that. Boozer was, like, 22, and we got Zydrunas. I just think it was a fumble on their part, of the young talent that we had, they didn’t know what to do.  But, I feel like if they would’ve brought a coach in like Don Nelson or D’antoni or Alvin Gentry or Cheeks. Those types of coaches, man, they just let you kind of go.

Brandon ‘Scoop B’ Robinson:  You talked about how they didn’t know what to do about LeBron back then, them early years.  Did you feel like you were on a championship team with the attention that that cast team got back then?

Brandon ‘Scoop B’ Robinson:  I’m curious, and that Clippers team– I remember SLAM Magazine, I hung that on my wall, with you guys on there with the do-rags and the throwback jerseys– how does that Clippers team compare to that Cavs team?

Darius Miles:  The Clippers were better.  The thing is with the Cavs, shit, my first year we won 17 games.  They won 17 games the year I got there. The next year, LeBron got there.  It was like tossing up the dice. When I was with the Clippers, it was six of us, 21 and younger, so we all– it was family-owned, so we all ate, slept, drank…

Brandon ‘Scoop B’ Robinson:  Last question.  The Clippers, that team that you played with back in the early 2000s.  If you could describe that team in one sentence, what would it be?

Darius Miles:  I can describe it in one word: I think we were trendsetting.  I think you see a lot of kids today, a lot of stuff like that, it’s kind of us that they’re mimicking.  You see the celebrations now? When we got to the league, players weren’t celebrating. You’d see a few celebrating like Antoine Walker, Mark Jackson, but you’re talking about now?  You’ve got players that got signature moves– stuff that they do after they hit. James Harden throwing up the 3, LeBron doing his look, everybody’s got a signature celebration, but they weren’t even doing that until we started doing it.  When we were doing it in the league, a lot of players took it as showboating and took offense to it. 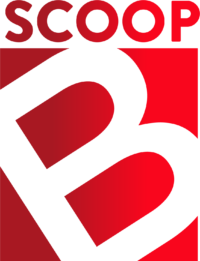