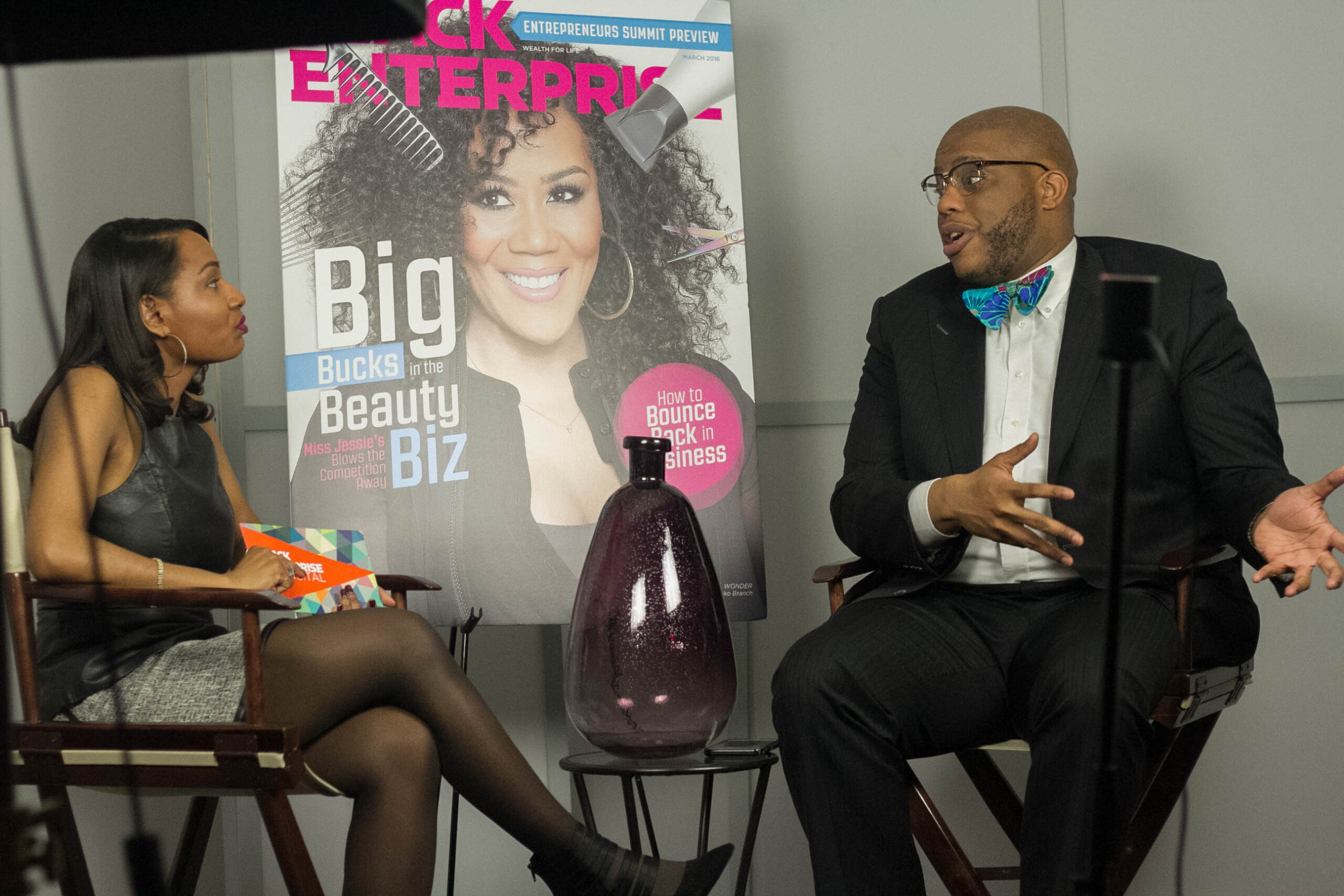 CHECK OUT MY DISCUSSION ON JOURNALISM & BRANDING IN BLACK ENTERPRISE MAGAZINE

Breaking stories, podcasts and relationships are all par for the course in being a great journalist. I represented myself and RESPECT Magazine last week in a sit down interview with Selena Hill and Black Enterprise Magazine.Check out Selena Hill’s Black Enterprise Interview With Brandon ‘Scoop B’ Robinson In It’s Entirety By Clicking Here Although I began my career at 12 years old, hosting Nets Slammin’ Planet, the Nets’ official kids radio show with Albert King, Lynn Wilson and Nets play-by-play guy, Chris Carrino, my footing in journalism out of school was not strictly in sports.I wrote about lifestyle stuff too during my time at The Source Magazine! My beat included covering cool stuff like The Unibat portable battery charger, PlayStation 4,XBOX One, NBA 2K releases, and other celebrity events like Duffy’s Hope Celebrity Basketball Game and the annual Melky Jean Carma Foundation Gemini Fundraiser.These were great things.While doing that, I was also able to build solid relationships with athletes while freelancing at places like the Brooklyn Courier, Queens Times Ledger, SLAM Magazine, EBONY Magazine, JET Magazine and MaxPreps.That’s where writing about guys like the Cleveland Cavaliers’ Kyrie Irving and University of Michigan football standout Jabrill Peppers came in handy.During my interview on Black Enterprise’s #AskBE Facebook Live chat with Selena Hill, I discussed how my time as a staff writer for three years at The Source Magazine, allowed me to foster strong relationships with a-listers like Shaquille O’Neal, Rihanna, Carmelo Anthony and Charles Barkley.I also shared that being front and center questioning NBA commissioner Adam Silver at his press conference when the league banned former Los Angeles Clippers owner Donald Sterling from owning the team was a huge break in my career.https://www.youtube.com/embed/BM6fIUTTL4w

After The Source, I seamlessly transitioned as on-air talent at CBS Radio as host of the top rated podcast, Brown & Scoop. The show featured notable talent, like DJ Khaled, Mark Cuban, Jesse Ventura, David Banner and President Donald Trump’s Director of Urban Development, Dr. Ben Carson. Interviews from Brown & Scoop were featured on TMZ, ESPN, Complex, Sporting News, CNN, Politico, The Hill and more.Additionally, I talked about the importance of professionals having a strong social media presence. The biggest piece that I shared with Hill was: “The major key is that you develop those relationships [and] make yourself memorable.”Special thanks to The Source Magazine’s Shabe Allah for aggregating the interview in The Source.com. You can check that out here. Honestly, I’m glad that I was able to speak to Black Enterprise about the journey. Firstly, because I grew up reading Black Enterprise as a kid during those long bathroom trips!My visit there was nostalgic!Secondly, coming from a family of entrepreneurs, it was a tribute to dudes like my late Uncle Kevin McGill who was the man in Harlem and was an owner and operator of two successful shoe businesses on 125th street called Men’s Walkers and The Athletes Foot.Lastly, my mom and my late father are both alum of Morgan State University in Baltimore, MD. Earl Graves, Sr., founder of Black Enterprise was too! He was a champion for entrepreneurs of color. I got chills as I walked down the halls of Black Enterprise’s Manhattan office and saw the history of the magazine.My last blog post discussing my time at The Source Magazine was a hit. If you missed it, you can click here to read it. Again, I’ll continue to write as long as you all continue to read. Thank you for reading, commenting and supporting!

PrevPreviousJIM JONES & NICOLE “HOOPZ” ALEXANDER STARRED “FIRST LADY” TO RELEASE FALL 2019
NextSCOOP B: WHAT I LEARNED DURING MY TIME AT THE SOURCE MAGAZINENext