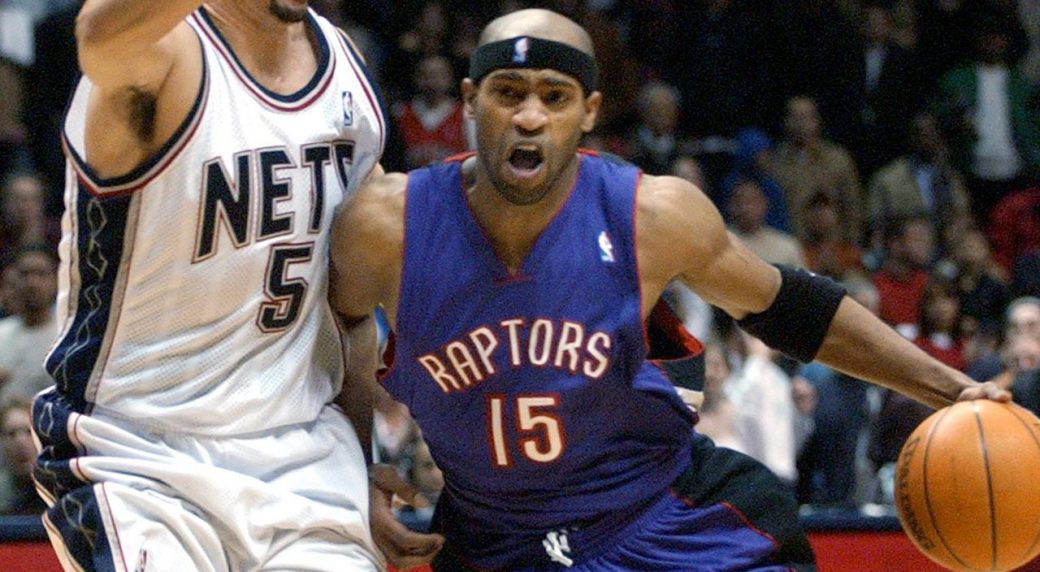 At 41, Vince Carter is now the OLDEST player in the NBA!

This season marks Carter’s 21st season in the league. Now a member of the Atlanta Hawks, Carter is playing for a team that is being built around rookie point guard, Trae Young, rising small forward, Taurean Prince and second-year player, John Collins.

Carter knows his role as a veteran leader in Atlanta’s locker room. “They say lead by your actions but I’m going to (speak up) to these guys,” Vince Carter told USA Today’s Dan Wolken.

“I want these guys to understand their importance. This is the foundation of what you want to be a part of in a couple years. So, OK, after two weeks maybe we lost four in a row. Are you tired of losing? Let’s fix the problem. Let’s fix our approach. Let’s go a little harder, whatever the case may be, that’s what we’re trying to change, which will hopefully roll over.”

Carter got the nod as a starter in a pre-season game against the San Antonio Spurs. He posted a three point, four rebound, one assist outing in the Hawks’ 130-127 win.

What may have gotten lost in translation was Carter’s pre-game routine.

A winner of the NBA’s Slam Dunk Contest in 2000, Carter was throwing down 360-windmill jams during pregame layup lines last week!https://platform.twitter.com/embed/Tweet.html?dnt=false&embedId=twitter-widget-1&features=eyJ0ZndfZXhwZXJpbWVudHNfY29va2llX2V4cGlyYXRpb24iOnsiYnVja2V0IjoxMjA5NjAwLCJ2ZXJzaW9uIjpudWxsfSwidGZ3X2hvcml6b25fdHdlZXRfZW1iZWRfOTU1NSI6eyJidWNrZXQiOiJodGUiLCJ2ZXJzaW9uIjpudWxsfX0%3D&frame=false&hideCard=false&hideThread=false&id=1050735335993356288&lang=en&origin=http%3A%2F%2Fscoopb.com%2Fvince-carter-nets-raptor-scoop-b-blog%2F&sessionId=ce5a6d75db0f1826ee9d2c689b3b50fd4a05429c&theme=light&widgetsVersion=82e1070%3A1619632193066&width=550px

Moore lived his best life in the NBA as a member with the Nets during the 2006-07 NBA Season. Averaging a career-best, 9.8 points per game and 5.1 rebounds per game, Moore led the league in field goal percentage that year, shooting 60.9%.

Moore says he’s not surprised the Vince Carter is still in the NBA. “Vince could play football, baseball, and basketball right now if he wanted to,” Moore told me.

“Dude is talented at all three sports, no lie.  I think Vince might be better at baseball than basketball.  We did an event for the New York Yankees and he was knocking the ball out of the park, just playing around.  Him and T-Mac are unbelievably athletic; it runs in their genes, I don’t understand it.”

Those athletic Florida genes run deep for both Carter and even his cousin, NBA Hall of Famer, Tracy McGrady.

Moore got extended minutes with the Nets during the 2006-07 season because of Nenad Krisic’s season-ending ACL injury. He balled out in New Jersey. In fact, Moore became the first undrafted player ever to lead the NBA in field goal percentage and only the third to finish in the top five since the 1976–77 NBA season. He cites Carter, Jason Kidd and Richard Jefferson for their leadership. That’s my guys, that’s my dudes,” he said.

“Before I left New Jersey, that’s the guys I called to make my decision of where I was going after that year.  So, them two and RJ, that was the core of our system. And I trust their decision on it, so they’re like brothers to me.”

Once the NBA’s Defensive Player of the Year in 2003, Moore signed Moore a multi-year deal with the Sacramento Kings. Moore says that Carter, Kidd and Jefferson threatened him to do it. “They told me if they saw me the next year in New Jersey, they were going to beat me up every day if I turned down that extra money, because I will never get that opportunity again,” said Moore.

“So, I think of them as family, because they thought of me big enough to tell me to don’t take that risk, to take all the money that I can because of my family and I won’t get that opportunity again.  They said will beat me up every day in practice if I turned down the extra eight million dollars that another team was offering me. So, that’s the character of J-Kidd, Vince Carter, and RJ.”https://www.youtube.com/embed/Kh9BcqEVCvU

Carter still has a full-82-game season to play this season! Before it is all said and done, however, Moore like many NBA fans has one wish for his former Nets teammate: he’d like to see Vince Carter lace ’em up one more time as a member of the Toronto Raptors.

“It would be lovely,” said Moore.

“It would be lovely to see him go back there.”

PrevPreviousSIXERS’ BEN SIMMONS SHOULDN’T CARE ABOUT HIS JUMPER & FOCUS ON BEING A “FLOOR GENERAL,” SAYS RETIRED NBA PLAYER
NextBEN SIMMONS MAY WANT JAMAL CRAWFORD, BUT THAT CAN’T HAPPEN UNLESS JERRYD BAYLESS IS MOVEDNext