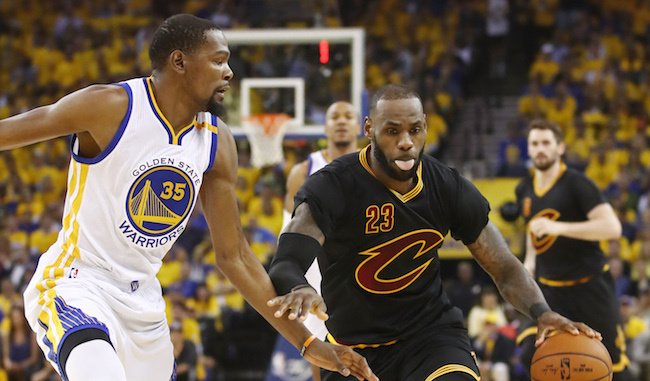 The Los Angeles Lakers made a splash this summer when they signed top free agent, LeBron James.

Who did it better?

“They got the best player in the world,” says DeMarcus Cousins of LeBron James in an interview with me.

If you’re tardy to the party: Lonzo Ball, Brandon Ingram and Kyle Kuzma were already on the team, prior to James and company.

Here’s the million Dollar Question: Can the Laker beat the Warriors?  Boogie says the James factor gives em a shot.

“They’ve got a chance,” Cousins told me.

“We’ll see what happens when the ball goes up.”

Cousins has never even played in the playoffs during his eight seasons in the league. Assumedly, this season will be his first shot. He’s excited for his team this coming season. “We got guys with the same characteristics that– it’s like play-doh,” he told me.

“You can mold them into whatever you want them to be.”

Cousins says the Warriors advantage is their intellect. “It’s a team full of high IQs,” he told me.

Boogie realizes the Warriors have a target on their back and he says that Kevin Gates’ “Change Lanes” is his theme song going into this season. “I’m in a different mindset than I ever was before,” he told me.

“I believe [I can relate to it].  He went through a situation, he went through a hard time.  He came out, he realized ‘let’s change the lanes a little. I have a new mindset,’ so it’s kind of the same thing [I’m going through].  My knowledge is growing, my mind is growing. That’s kind of where I’m at right now. “

Retired NBA players like Rasheed  Wallace and Kevin Garnett were pretty tancedent in their versaitility on the court. They could shoot, dribble, rebound and run the offense if need be. Cousins is a stat stuffer himself.

Will he channel Wallace or Garnett’s skillset on an already stacked Warriors squad this season?

When asked, he paused.

“I don’t think I could go wrong with either one,” he told me.

Lastly, criticism of DeMarcus Cousins is that he is mean and misunderstood.

Why do people perceive that to be true? Boogie’s got it down to a science.

“What I’ve learned is, once you get to a certain stature, people look at you like you’re so fascinating,” he told me.

“The expectations go up, and what I mean by that is, when they approach you, when they meet you, they expect a certain reaction.  They expect– it doesn’t matter what you do.”

Added Cousins: “Sometimes they don’t get what they expect, and it rubs them the wrong way.”