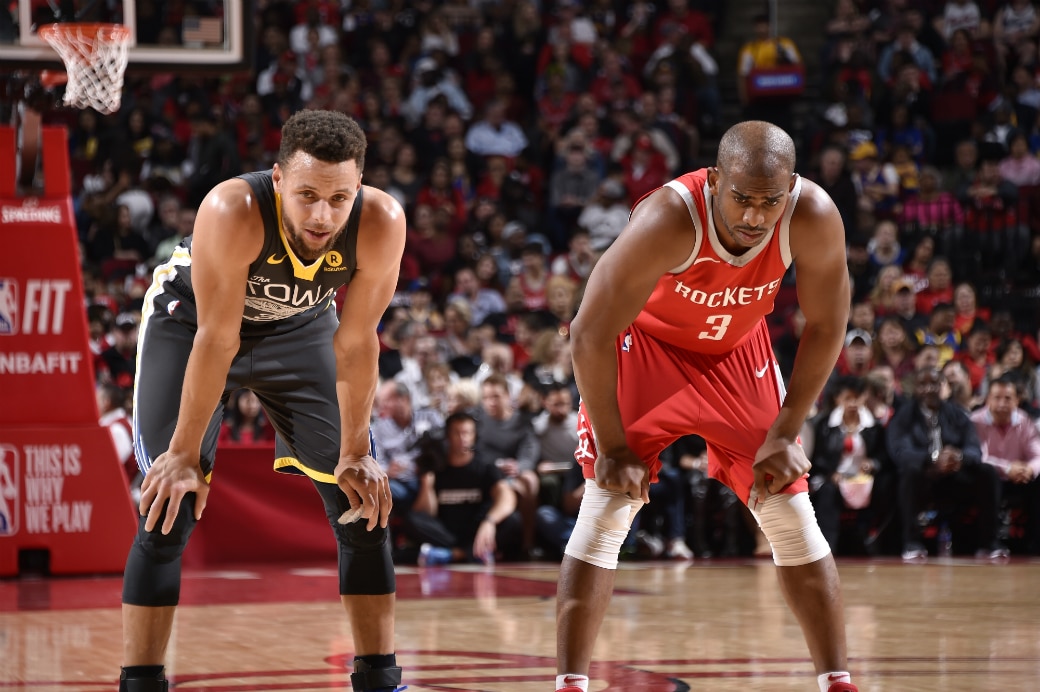 http://www.scoopbradio.com/?powerpress_embed=2827-podcast&powerpress_player=mediaelement-audio
Chris Paul missed Game 7 of the NBA’s Western Conference Finals against the Golden State Warriors with a strained hamstring.

Had he played, one Houston Rockets assistant coach, believes that the Warriors would not have advanced to the next round.

“I’m willing to bet if he’s on the court at least one of those threes go down.”
Could Chris Paul have saved the Houston Rockets in Game 7 of the 2018 NBA Western Conference Finals? Press Play Below!

Roland who doubles as a Rockets assistant coach and James Harden’s full time trainer, believes that a different narrative would have taken place had Paul played.

If you’re tardy to the party, Paul had been sidelined since straining his hamstring in the final minute of Houston’s Game 5 win over the Golden State Warriors.

As a result, he was ruled out of Game 6 the next day and had been receiving treatment around the clock in hopes of being able to play in Game 7.

“That just wouldn’t happen especially to a team like ours,” said Roland.

“That said, we only lost by nine; we put Chris Paul on the floor I’d have to say we win game 7.”

The Rockets have put the past behind them and are looking for another go at it this fall.

Coach Roland is encouraged that the core of Harden and Paul are intact. “ It’s been great,” he said.

“These are two guys who have played together on all-star teams, team USA so they know each other, they’re comfortable with each other, they respect each other and once you get the ball rolling like and we get to compete against other people he’ll see how much easier this is.”

Carmelo Anthony is due to sign any day with the team, too. “People talk about him and Coach D’antoni’s time in New York, but people aren’t realistic,” he said.

“They look at what happened there, but don’t mention the personnel that they had. They didn’t have a team that was elite; don’t get me wrong, they had a couple pieces that were solid, but they didn’t have a team that was ready to compete and make serious noise. This team is ready-made and ready to make a huge piece, I think that people will see he’s still got a lot left in the tank.”