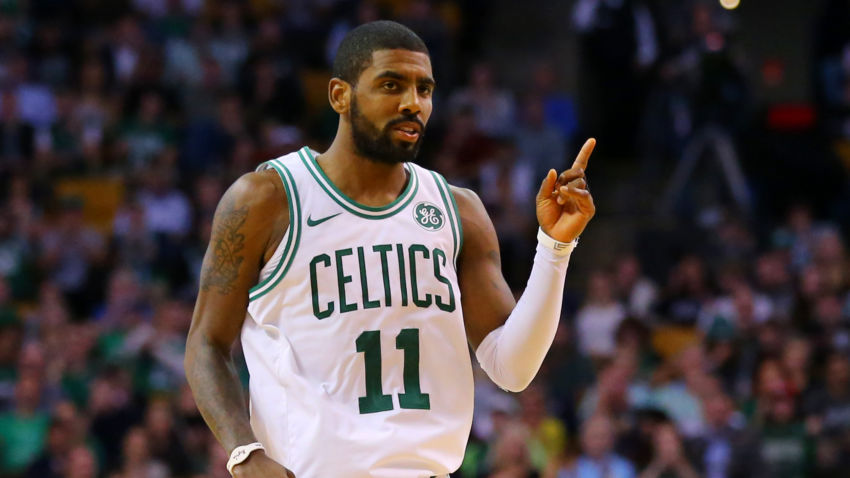 Entering his junior season this fall at Harvard, the 6-foot guard has quietly been consistent on the court and he’s gotten the head nod of approval from the Golden State Warriors’ Kevin Durant and Cleveland Cavaliers’ J.R. Smith.

His stats during his first two seasons for the Harvard Crimson have been pretty identical: 14 points, 2 rebounds and averaging a shade under 3 assists per game.

Aiken turned heads in November, when he scored a career-high 30 points and made the game-winning 3-pointer with 1.9 seconds left in overtime to give Harvard a 70-67 win against Massachusetts.  https://platform.twitter.com/embed/Tweet.html?dnt=false&embedId=twitter-widget-1&features=eyJ0ZndfZXhwZXJpbWVudHNfY29va2llX2V4cGlyYXRpb24iOnsiYnVja2V0IjoxMjA5NjAwLCJ2ZXJzaW9uIjpudWxsfSwidGZ3X2hvcml6b25fdHdlZXRfZW1iZWRfOTU1NSI6eyJidWNrZXQiOiJodGUiLCJ2ZXJzaW9uIjpudWxsfX0%3D&frame=false&hideCard=false&hideThread=false&id=929819379402817536&lang=en&origin=http%3A%2F%2Fscoopb.com%2Fceltics-kyrie-irving-bryce-aiken%2F&sessionId=c4ea20ddda0caf3b0d0e3c2a3f5031b81c344099&theme=light&widgetsVersion=82e1070%3A1619632193066&width=550px

But, in actuality, he’s a hybrid of both Curry and Boston Celtics guard, Kyrie Irving.

Quietly, Irving has mentored Aiken since he was a high school camper at Irving’s ProCamps basketball camp at Montclair State University in 2013.

“I can tell he watches a lot of videos of me,” Irving told me.

“I’m excited for his development and to see where he’s going to be in 2 to 3 years.”

Back in 2013, the Cavs were a summer away from making three straight trips to the NBA Finals with Irving starting at point guard and LeBron James starting at the small forward position. Aiken was sharpening his skills and headed to Elizabeth, New Jersey’s The Patrick School, Irving’s alma mater, that fall.

Now a stone’s throw away from his mentee at Harvard, Aiken and Irving’s bond is even tighter and the knowledge is still flowing:  “I encourage him to watch other players so he can get better,” Irving said of Aiken.

“He has this old-school feel. He’s fundamentally sound.”