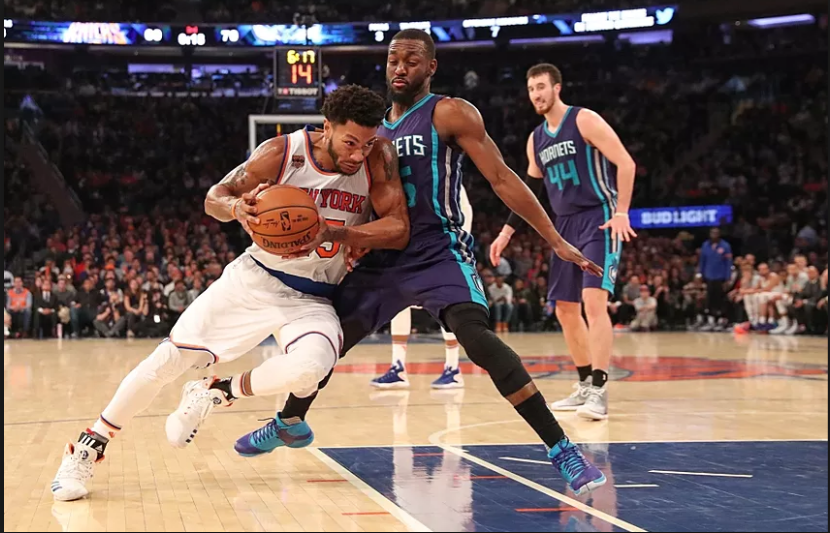 Derrick Rose signed a one-year, $2.3 million deal with the Minnesota Timberwolves this off-season.

The youngest player to win the NBA’s MVP award back in 2011, Rose was probably the best thing that happened to the city of Chicago since Michael Jordan retired  . While a member of that Bulls team in the mid to late 2000s, Rose was a part of a few Bulls playoff runs and the South side Chicago native was the king of his castle.

Unfortunately, multiple ACL and MCL injuries changed the trajectory of Rose’s career and has had many NBA purists wondering: “what if.

“I hope he has a healthy year, and that’s with all of this.  If he stays healthy, you know what you’re going to get from D-Rose.”

If last season’s NBA Playoffs were an appetizer to this season, NBA beware! In five games, D-Rose tallied 14.2 points on 50.9% shooting for the T-Wolves. Worth noting, the speedy guard also shot 70% from downtown. He did all off this while coming off of the bench.

Rose, 29, showed flashes of athleticism over the last couple of seasons in stints with the New York Knicks, Cleveland Cavaliers and especially later with the Minnesota Timberwolves, but he lacked consistency in play and in minutes.

Reunited with Tom Thibodeau, Rose’s head coach during his Bulls glory days, he’s got a shot to make some noise in the NBA’s deep Western Conference this season.