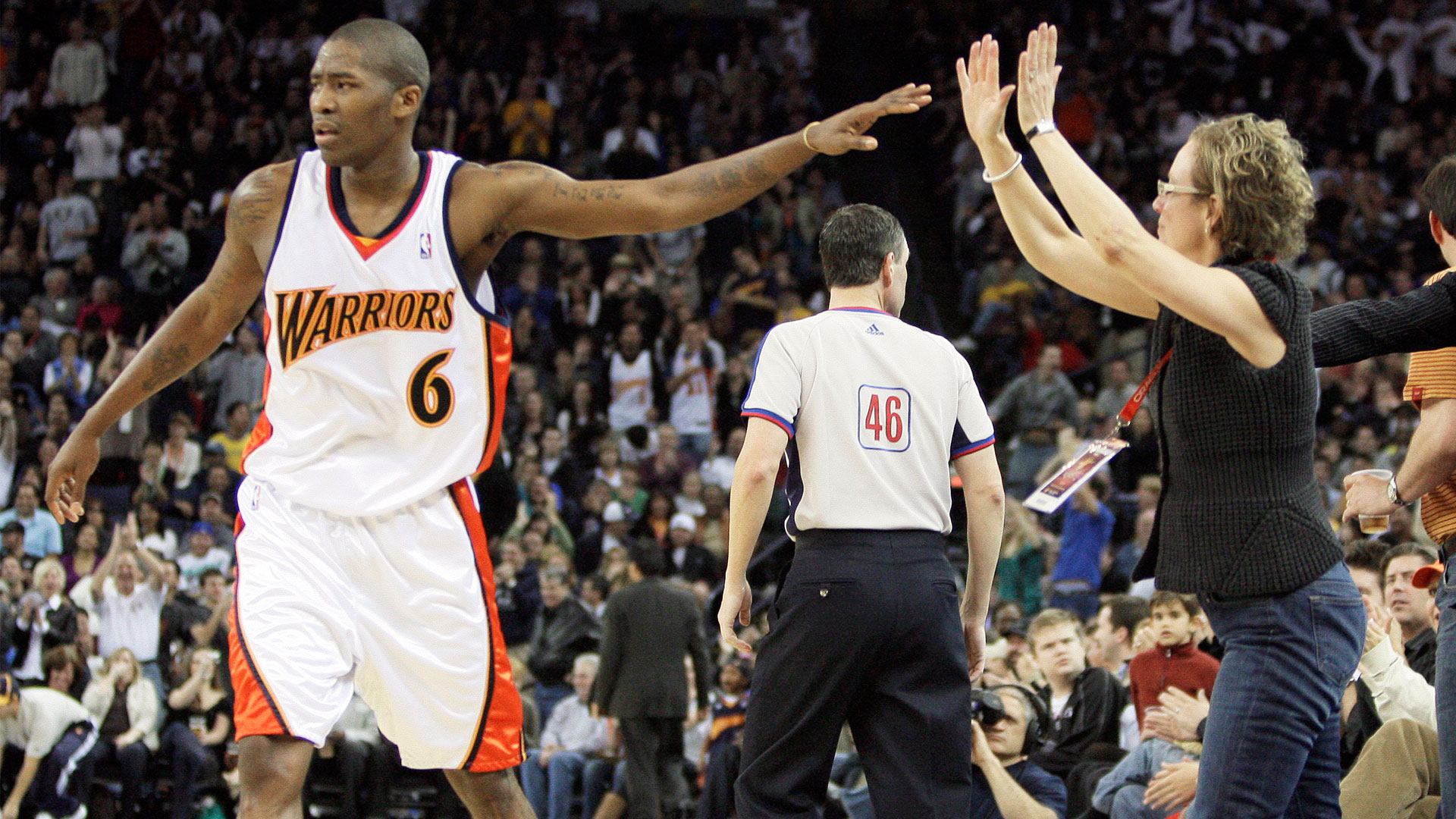 Jamal Crawford talks Golden State Warriors and Philadelphia 76ers with Brandon ‘Scoop B’ Robinson via Scoop B Radio. Press Play Below To Listen!

While Philadelphia  fans are gleefully excited that Jamal Crawford is interested in signing with the 76ers, don’t rule out reigning NBA champs, Golden State Warriors!

This week, a league source told Scoop B Radio that Jamal Crawford and the Philadelphia 76ers have mutual interest.

The Golden State Warriors do too!

“Obviously the Warriors are champs and been in the finals the last three [years]” Jamal Crawford told me on Friday’s episode of the Scoop B Radio Podcast.

“Everybody knows Philly’s on the rise and they’ll be one of the favorites to make it out of the east to make the finals.  For anybody, if somebody was able to have those kind of options, they’d love to go to either place. It just depends on the person.”

Crawford is no stranger the Golden State Warriors either. He played for them earlier in his career and has fond memories.  I was there the year before Steph got there,” said Crawford.

“We weren’t going to the playoffs that year– they were transitioning from the ‘we believe’ team with Baron Davis and Monta [Ellis] and all those guys to kind of rebuilding.”

Crawford said the Warriors fan base made his time there memorable. “The fans made it feel like it was a great atmosphere every single night.”

The weather helped too!  “That was actually the first time I was waking up to sun outside, because I was in Chicago and New York at the time,” he said.

“So it was really cold there.  That was the first time I was like: ‘oh you could wear shorts out midday.’”

Philly wants Crawford and are the favorite to land him.

What will the 76ers do with Jerryd Bayless?

A source told me Friday afternoon that although Sixers Rookie Zhaire Smith injured his foot this week, the Sixers are still fervently looking to move Jerryd Bayless contract through a trade to make room for Crawford.

Meanwhile back at the ranch, Crawford is saying all of the right things as it relates to the city of Philly. Playing at the Wells Fargo Arena in front of Sixers legends Julius Erving and Allen Iverson and Philly celebrities like comedian, Kevin Hart and rapper Meek Mill would be awesome, according to Crawford.

“That would be unbelievable,” he said.

“That would really be an unbelievable feeling.  This is documented as well: I had 35 pictures on my wall of Allen Iverson in the Philly uniform. So many different pictures from magazines, articles, the internet, I was printing stuff out and putting it up.  You can ask my mom, I had 35 pictures of A.I. To be able to have the opportunity, if it works out, to wear that uniform would be unbelievable.”