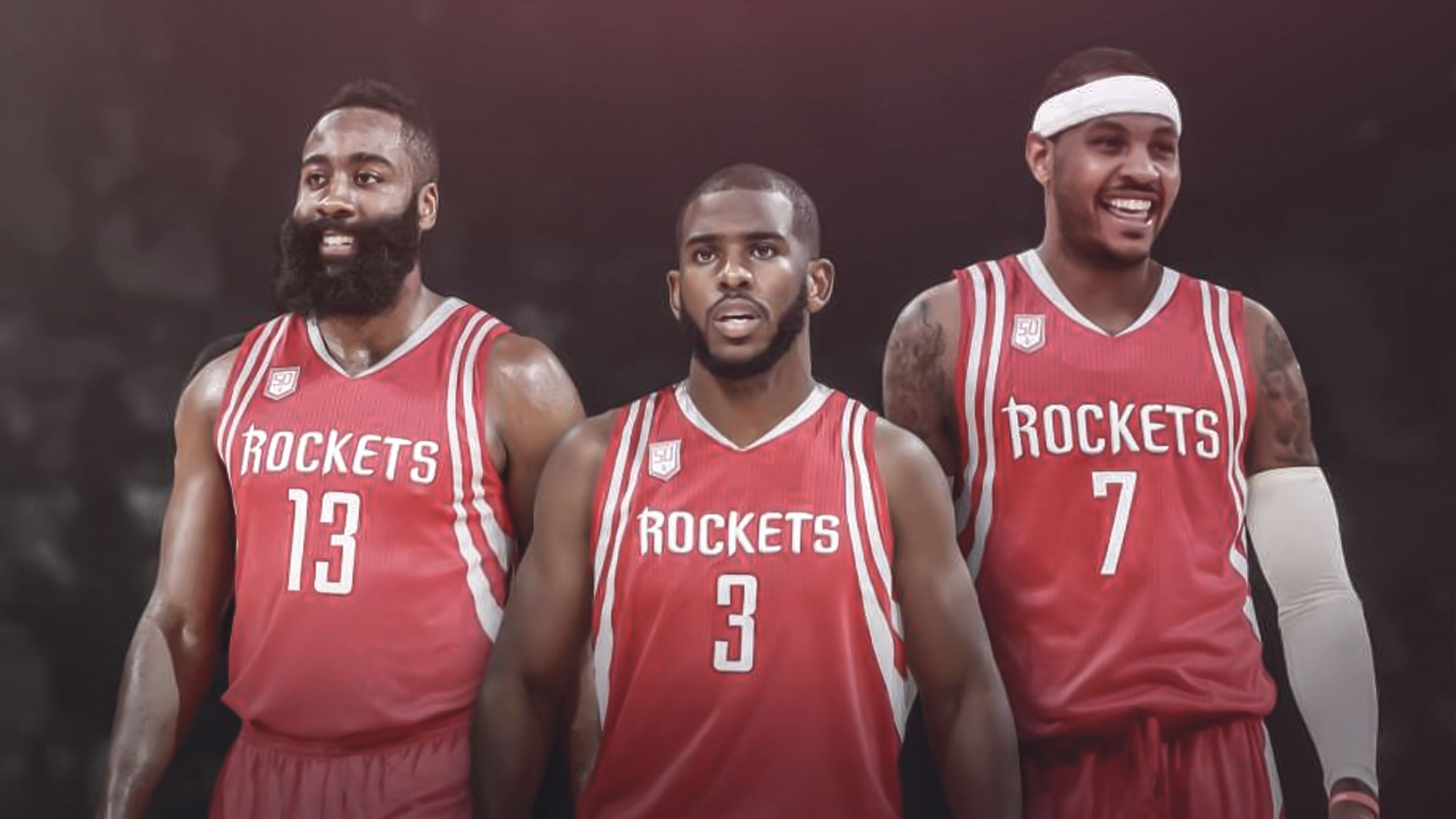 CLYDE DREXLER: “CARMELO HAS A LOT LEFT IN THE TANK”

After spending one season with the Oklahoma City Thunder, last week, Carmelo Anthony was involved in a three-team deal that shipped him to the Atlanta Hawks.

At 34-years-old, many have questioned Anthony’s durability and productivity going into the 2018-19 season.

Despite that criticism, Melo’s got one NBA legend in his corner: Clyde Drexler.

“I think Carmelo has a lot left in the tank,” Clyde Drexler said today on a Big 3 Basketball league, conference call.

“You have to remember the Rockets led the league in wins with 65 last season. That is pretty phenomenal and you added Carmelo to the mix.”

Anthony will be the third cog in a trio that includes himself, Chris Paul and the NBA’s reigning MVP, James Harden.”

“I think it will improve what they were able to do last year,” said Drexler.

Drexler knows a thing or two about joining super teams, himself. After a successful career that included one NBA Finals appearance with the Portland Trail Blazers, Drexler went on to team with Hakeem Olajuwon, Robert Horry, Sam Cassell and Rudy Tomjanovich and won a championship with the Houston Rockets in 1995.

“Carmelo is a proven commodity, so his real value is how he can do to help that team in the playoffs and I can’t wait.”

PrevPreviousHEART HEALTH: YOUR HEART IS LIKE THE POWER RANGERS’ COMMAND CENTER!
NextLAVAR BALL ON LEBRON JAMES: “I DON’T SEE ANY CO-BRAND OR A CONNECTION”Next